The coming July 16 London Review of Books print issue will carry an excellent and historically rich article entitled The Hijackers, by Oxford scholar and current Tufts University historian Hugh Roberts. The article gives a “long view” narrative of the Syrian conflict, while concluding that Western policy in Syria has been “a disgrace” and Britain’s role a “matter of national shame.”

In the last section of the lengthy article, Roberts discusses the origins of the Islamic State in light of the “extraordinary revelation” contained in the declassified 2012 DIA document—a revelation first reported here at Levant Report. 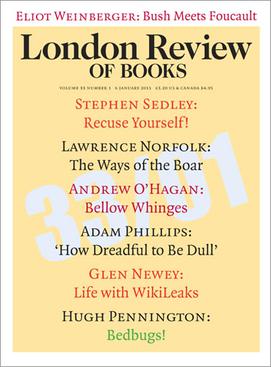 The entire essay is a must-read, but here is just one sizable excerpt that covers the DIA document:

“Cockburn argues that ‘for America, Britain and the Western powers, the rise of Isis and the caliphate is the ultimate disaster.’ There are certainly grounds for thinking he is right. But there are also grounds for wondering. His book went to press before he could take account of the extraordinary revelation that US intelligence had anticipated the rise of Islamic State nearly two years before it happened. On 18 May, a document from the US Defense Intelligence Agency dated 12 August 2012 was published by a conservative watchdog organisation called Judicial Watch, which had managed to obtain this and other formerly classified documents through a federal lawsuit. The document not only anticipates the rise of IS but seems to suggest it would be a desirable development from the point of view of the international ‘coalition’ seeking regime change in Damascus. Here are the key passages:

7b. Development of the current events into proxy war … Opposition forces are trying to control the eastern areas (Hasaka and Der Zor), adjacent to the western Iraqi provinces (Mosul and Anbar), in addition to neighbouring Turkish borders. Western countries, the Gulf states and Turkey are supporting these efforts. This hypothesis is most likely in accordance with the data from recent events, which will help prepare safe havens under international sheltering, similar to what transpired in Libya when Benghazi was chosen as the command centre of the temporary government …

8c. If the situation unravels there is the possibility of establishing a declared or undeclared Salafist principality in eastern Syria (Hasaka and Der Zor), and this is exactly what the supporting powers to the opposition want, in order to isolate the Syrian regime.

So American intelligence saw IS coming and was not only relaxed about the prospect but, it appears, positively interested in it. The precise formula used in paragraph 8c is intriguing. It doesn’t talk of ‘the possibility that Isis might establish a Salafist principality’ but of ‘the possibility of establishing’ a Salafist principality. So who was to be the prime mover in this process? Did IS have a state backing it after all?“

Read the full article at LRB…